Looking For A New Pack? 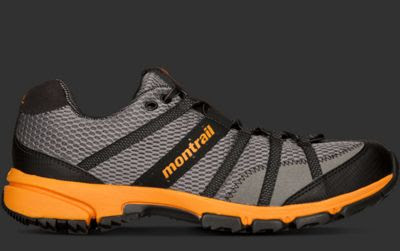 If you've read my blog for awhile you're probably already aware that I'm not much of a gear junkie. Certainly I talk about gear on here a few times a year, but for the most part I don't get to know the technical aspects of any gear enough to really say all that much about it. I like things that work, but I don't really care why they work, I just want them to do what they are intended to do, and I want them to do it well. When I find a piece of gear that does this I stick with it. It's really that simple for me. More than three years ago I found a pair of shoes that works really well for me and I've worn them on almost every run I've been on since then: Montrail Mountain Masochist. I don't really even know (or care about) all the technical aspects of these shoes, I just know that they perform really well. 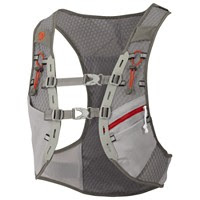 On the flip side to this, if I don't like a piece of gear I keep trying something new until I find the piece that I like. An example of this for me would be running packs. In the past 5 years I have probably used a couple dozen different running packs. There are some that I liked a lot more than others, but never one that I felt like I wanted to use on every run. Not until this year anyway. Mountain Hardwear has made huge strides in their running specific clothing and gear in the past two years, and I think their biggest contribution to this point has been their new running packs. The Fluid 6 is a pretty awesome pack if you're looking for something with a high carrying volume for overnight runs or extremely poor weather runs when you need lots of extra gear. However, for those day in and day out 1-8 hour runs, the Fluid Race Vest is the best pack I have ever used! Again, I'm not enough of a gear junkie to go into many of the technical aspects, except that this pack is a close to perfect as anything I've ever used. There are a few very minor things that could use a little tweaking, but the good thing is that the great folks at Mountain Hardwear have already made most of these adjustments and you will see these changes coming to market very soon, if not already. I literally ran a few hundred hours in this vest this summer and can't see myself running in an other pack for a long time (except on runs when I need larger volume). It really is WAY BETTER than anything else I've used.
Posted by Geoff at 8:33 AM

Nice-looking pack! I'm loving the Camelbak Ultra LR nowadays, as I prefer packs that have padded waistbelts with pockets.

I'll have to check that one out.

Any recommendations on a multi-day running pack for self-supported trips? I've used my Talon 22 in the past, but it hasn't been ideal.

Been looking for a minimal, versatile pack like this. I'm wondering what the minor updates are, and if anyone knows availability of the revised model? (A lot of places are now out of stock.)

Casey,
It really depends on how much space you need. i have done overnight trips with both the MHW fluid 6 (which is actually closer to 10 or 12 litres) and the fluid 12 which i think is also much larger than 12 litres. they have both worked great for this, but i haven't done any multi-day runs longer than 2 nights, and only in mild weather.

Chris,
the new version will have a zipper on the top of the pouch in back as well as some updated (and much better) pocketing on the chest. not sure exactly when the new ones will be available, probably sometime in february.

Thanks Geoff. I'll have to take a look at the 12. I've never done a running trip more then 2 nights ether. Gets a bit more complicated after that. With food weight and all.