In Anchorage now tending the the final details in preparation for my Iditarod Trail adventure which begins on Sunday afternoon. This is to say, mostly just waiting around here for two more days. All the final details are pretty much taken care of at this point. It is amazing when preparing for something like this though how many times one can pack and repack their kit. Even after packing and repacking it several dozens times at home in the past couple months.

I came down with a pretty nasty stomach, throat, head illness late last week, but that seems to have moved entirely through my system and I feel as physically ready as I could ever feel for an event like this. I ended up getting in a pretty good bit of "training" in the past 5 or 6 weeks. I didn't run as much this Winter as I would have originally planned to, but I feel like I'm in a great spot both physically and mentally. Does this mean I will definitively have a "successful" race? Most certainly not. But to me this uncertainty is one of the greatest appeals to this event.

In a "typical" single day race I think you can be so prepared that you can just about be certain of your ability to at least finish the race (with the exception of illness or injury). In this event though, I just don't think it matters how prepared you are for the Iditarod Invitational, it's still questionable as to whether you'll be able to make it to the finish. There are some aspects of this dynamic that make this a very intimidating and unappealing thing. At times it seems kind of silly to put so much time and energy into preparing for something which I have such a high chance of not fully accomplishing. At the end of the day though this is precisely why this event is so appealing to me. There is such an elusiveness to it that I really like. I have tried to walk/run to Mcgrath twice before, and yet I have still not been beyond about mile 145 of the route. I have such a curiosity of what lies beyond, in the those remaining 200 miles. Not only a curiosity about those actual 200 miles of trail, but more specifically a curiosity of what my experience of travelling to that point will be. Which things will be unlocked in me that I've never really seen and felt before. And the fact that it's entirely possible that I won't actually make it beyond this distance is somehow really exciting to me. I feel really good about my chances of finishing the full 350 mile route this time around, but I also feel really good and excited about the reality that doing so is going to be really hard, and something which I most certainly can not take for granted.

This race is without question the hardest race I have ever done in terms of the physical strength, persistence. and capability to finish it, but it's the mental and emotional opportunity for self exploration, self questioning, and self confirmation that comes with this kind of challenge that is so exciting and alluring to me. I took two years off from trying this event, not because I didn't want to do it those years, but because I think that was what I needed to do to adequately prepare myself for trying it again. I think now I am in the right place to at least go out there and be brave enough to attempt this thing again. Does that mean that I'm certain to finish? Most certainly not, but I'm as certain as I'll ever be. And it's that lack of certainty that I'm the most looking forward to.
Posted by Geoff at 11:23 AM 35 comments:

For anyone who is looking to add a race or two to your schedule for 2012 here are a couple that I highly recommend:

First, coming up next month is the Chuckanut 50k. This one has been around long enough (this year is the 20th year of the race!) that most of you have probably at least heard of it. What many people might not know though is that Chuckanut is hoping to go really big this year to celebrate their 20th anniversary. As of last month, the race was able to secure permit space to go up to 1,000 participants! This will make Chuckanut the largest 50k (maybe even largest ultra of any distance??) in the country. Right now they have almost 700 entrants. Why then do I encourage you to grab one of the remaining 300 spaces? Chuckanut is such a perfect early season race. It's not the most challenging 50k you are ever going to run, but it's certainly not the easiest either. It has a great mix of very fast terrain and very challenging, slow terrain. Beyond the course itself though, is the enjoyment of the entire event. I've been to nearly 30 different races all around the country and Chuckanut is without question one of the most enjoyable I've been a part of. So much so that I am planning to be there this year even if I'm not running. I'm currently signed up to run, but being that the race is only three weeks after the start of the Iditarod Invitational it would take some kind of miracle (or disaster in the Iditarod) for me to actually race Chuckanut this year. Instead I plan to be there as a "fan" and a race volunteer. Hopefully I can help motivate Dave, Max, Erik, Mike, Adam, etc, to take down my course record so I have extra motivation for Chuckanut in 2013.

And then in September is the new Run Rabbit Run 100. This is one a lot of people probably heard about when it was announced in the Fall, but then not much has been said about it since then, as much focus shifted to the big lottery races (Western States, Hardrock, UTMB, etc), as it always does in Jan/Dec/Feb. The lottery dust has settled now though, and for anyone who is looking at a gap in their schedule in September I would highly recommend this race. This race has so many things going for it that make it very appealing: Steamboat Springs is such a great mountain town to spend some time in - I can't think of a better town to host an event like this. Many people get nervous about first year races, and tend to wait until the second or third year to let the wrinkles get ironed out. The good thing about Run Rabbit Run though is that they have been putting on a very well run 50 miler for 5 years now. Yes, this will be the first year of the 100, but don't expect it to feel like a first year race. If you're at all interested in the competitive aspect of races, this one is going to be super exciting. The total prize purse is currently at $22,000 (and certain to increase throughout the year), and this has drawn some great runners into the mix. Already, in it's first year, and with the race still more than 6 months away, this race is looking like it will be one of the most competitive 100 milers ever run. More than anything though, like Chuckanut, this is just a super enjoyable event to be a part of. I have been at each of the last two Run Rabbit Run 50 milers, and can't think of anywhere I'd rather be in mid September than at this race. The atmosphere is super comfortable, and it's just one of those events that does a great job of enabling everyone to have a really good time.

You might wonder, why am I seemingly randomly encouraging people to check out these two races? It's simply that they are both very fun races, on awesome trails, in really fun towns, put on by a lot of really great people, and I can't think of any races I want to see succeed more than these two. In other words they are much like any other races I've recommended in the past (UROC, Crow Pass, Bear 100, etc.): Classics (or classics to be) that I think everyone should run at some point. Hope to see you there.
Posted by Geoff at 12:01 PM 7 comments: 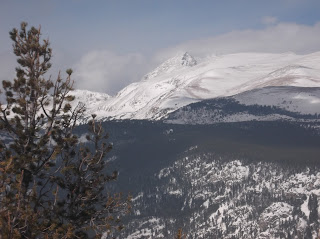 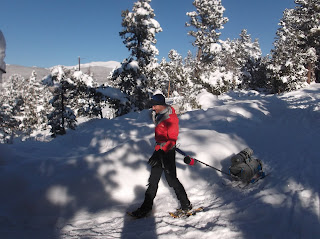 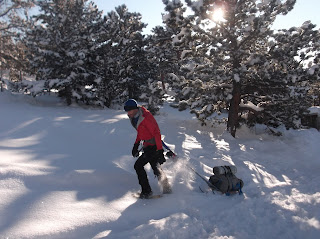 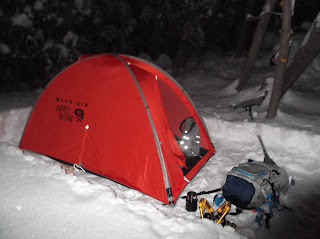 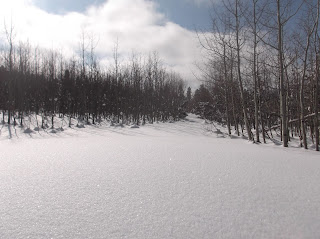 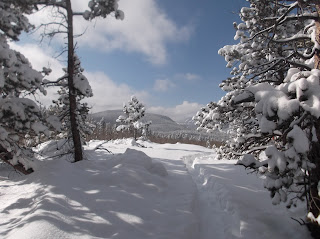