This past Saturday I had one of those near perfect days of running. I wasn't even sure I was going to go out very long, but as I began trudging up the trail in my snowshoes I slowly began to feel the urge to go higher and higher.
When I got up to treeline (at about 11,300 feet) the conditions were near perfect. There was almost no wind, but The Indian Peaks Wilderness receives so much wind in the winter that the open ridges hold almost no snow. I was actually able to ditch my snowshoes and run on dry ground for most of my time that I was up above the trees.
At first I was just content to have made it up above the trees. I began to wander around a little bit and then I just kept finding myself on top the highest point in the immediate distance. Eventually I was at the base of Arapaho peak and it was still a really calm, warm day. I decided to push higher and ended up on top of South Arapaho Peak. At about 13,400 ft. it's one of the highest peaks in The Indian Peaks and it's the highest elevation I've been to in almost 10 years.
I'm not sure how soon the weather will allow me to get high up like this again, but as soon as it does I'll be heading that way.
Here's some photos from the outing: 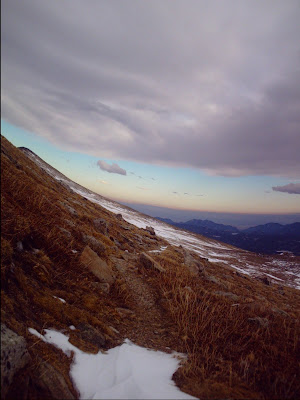 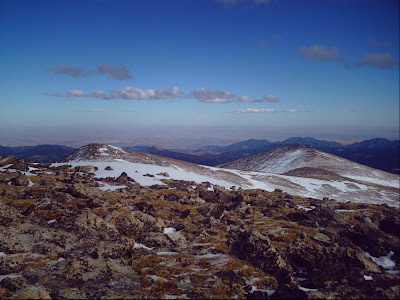 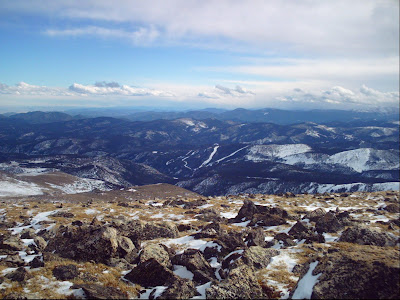 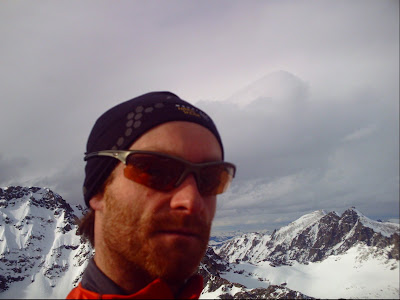 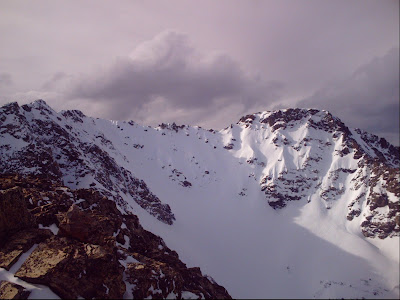 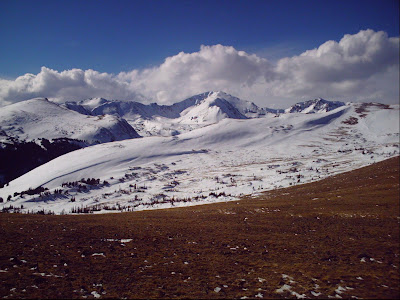 Hard to believe you found a day lately when you didn't get blown off the mountain.

If that's Arapaho Glacier trail, it was the last Indian Peaks trail I ran in the fall before the snow set in. I like the forest approach and the quick access above treeline.

Pawnee Pass and Devils Thumb are great scenic runs after the thaw. And the Buchanan Pass/Pawnee Pass loop, which darn near did me in, but you'd have no problem with. The western half in particular is awesome.

Wow. Just beautiful.
Thanks for taking those pics and sharing!

Great pics. Beautiful up there and such a cool feeling to be up so high. Amazing how the snow gets swept away.

(By the way, did you ever do any running in the Adirondacks before moving west/north?)

Unbelievable Geoff. Thanks for sharing that.

I dig the photos. Glad you got up there.

Sweet scenery. I miss running on the snow.

Quick question. Is that 4th photo a shameless eyewear sponsor plug? If so, it would have been much cooler if you were also holding up a jar of that fabulous Udo's oil while eating a wonderfully tasty Cliff bar. HA!

Great pics. Makes me want to go there. Errr "run" there