Gettin' By With a Little Help From My "Friends"

When I got off work yesterday I was in an awful mood. It had been a tough week at work and I just wanted to lay around and do nothing. I wasn't physically tired at all though and I really knew that I should get out for a run and/or bike ride but I was having a very hard time motivating. As usual, when I'm feeling lazy, I began surfing the Internet to kill some time and try to unwind a little bit.

As many of you know The Grand Loop Bike race was last weekend. Also as many of you probably know Dave Harris shattered the old course record by almost 7 hours.

As I was fumbling around on the Internet yesterday afternoon I discovered that Dave Harris had published a report of this record breaking ride on his blog. It's a great story that I highly recommend checking out. I found it to be one of those stories that completely changed my mood. In an instant I went from feeling lazy and frustrated to anxious and giddy to get out for a run/ride. If you consider yourself an endurance athlete and don't get excited and motivated after reading this story then maybe you should check to be sure you're still alive. After reading the story a second time I headed out the door for an hour run and then an hour bike ride... all thanks to a post from a blogger who I have never met (thanks Dave). Isn't the Internet great?

Today I was planning to do a hard run (in place of the race that I was supposed to run today which has been postponed due to snow) but decided instead that I wanted to be outside for the entire day. I got up late and didn't get started until 11:00 but I rode for 9 hours (7:30 riding time with 1:30 of picture taking, napping, eating, etc), mostly on singletrack, and got in 78 miles that was so fun it felt more like 3 hours.
Totals for the week: Run 57 miles; Bike 139 miles; 21.5 hours.

Here's some pictures from last night and today: 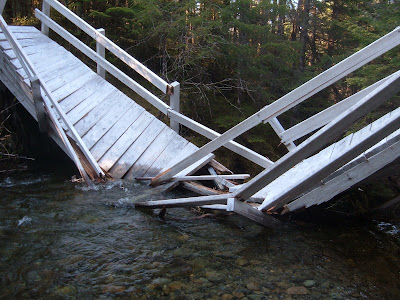 This bridge didn't fare too well with this winter's record snowfall... sure was cold running through that water. 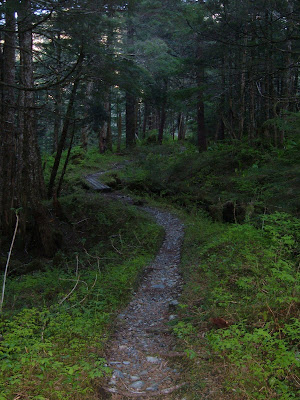 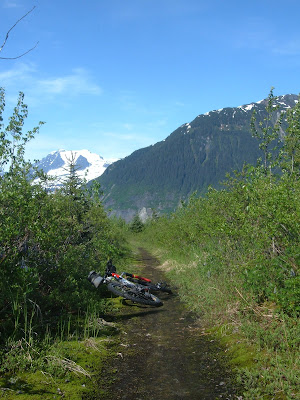 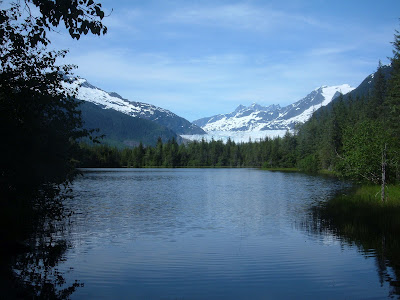 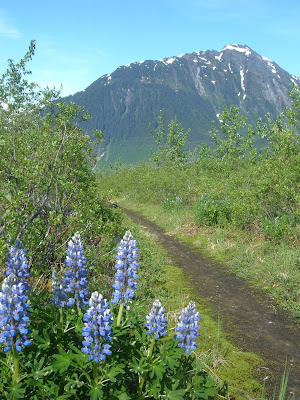 You're right, Geoff. Dave
s Grand Loop write-up was an inspiration. You can't help by get charged up reading that kind of stuff. Great ride yesterday!