4 miles into my run tonight I found myself at to the top of the Mt. Roberts Tram. This is a tramway that carries cruise ship visitors (and the occasional local) about 1/3 of the way up Mt. Roberts to an elaborate little "village" which includes a restaurant, gift shop, restrooms, visitor center, and a caged bald eagle (for real). I headed over to the viewing deck that overlooks town to take a short breather before heading back down and on my way up another trail. Just as I was about to turn and head on my way a tourist appears out of nowhere and asks me, "did you just run all the way up here?" Then his question was "where did you start from?" Me: my house. Next question, "Where's you're house?" I pointed down to the city and showed him the area where I live. He then says, "What time did you start?" I look at my watch and tell him that I started at 8:00 (it was 8:45 at the time). This was when it got good and amusing. He says to me, "8:00 this morning?" At this point I assume he's joking and just trying to make a sarcastic joke about me getting up the mountain quicker then he would expect so I didn't really say anything. I was just about to slip away when his son comes over and he turns to his son and says, "hey Billy, this guy has been climbing up this mountain since 8:00 this morning!" At this point there just really wasn't much else I could say so I just turned and headed away leaving them both thinking that I had been climbing up the mountain for over 12 hours when in fact it had been less than 41 minutes.

A few photos from a little later on in the run: 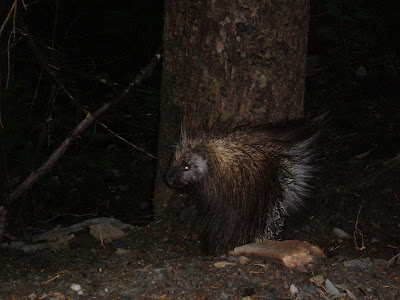 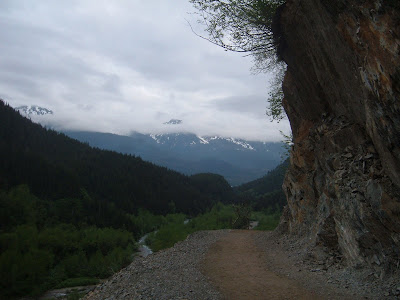 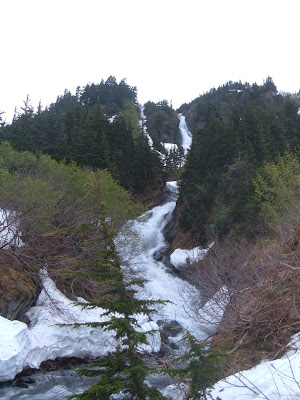 I never get tired of looking at your awesome photos!

The guy was a tool!

HAHA! good post Geoff. Just shows how sedintary humas have gotten, especially Americans. I get a kick out of the "TOURIES" that come up for the Birkebeiner.

Same thing at work. I don't even bother going depth about my running with colleagues, because it just results in the same surprise and extended questioning. I just think to myself that many of them probably find it so surprising because they don't have a life other than work and that they have never tested their limits.

o well, their loss I guess.