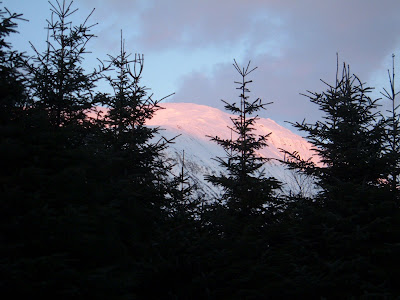 But then it ended up being one of those days in which everything came together much better than expected. The snow was fast, I had the perfect wax on my skis, and I was feeling very strong as I had only skied 12 miles total in the previous 3 days. After a few miles I began to think about going for 50k and then after 25k I began to think about tyring to continue pushing the pace to see how fast I could do a 50k. I didn't end up pushing 100% but I did work much harder than I had intended and it felt great. I'm thinking now, based on how quick I did this that it must have been a short 50k but at the very least it was 29 or 30 miles. Either way it was the longest ski I have ever done. Good times.

And today was the first day of a new baseball season, and my beloved Mets are on pace to go 162-0. No Foolin'.
Posted by Geoff at 9:35 PM

Good to know someone out there is getting the real miles in. Great ski. Keep it up.