This is as close as I'm going to come to a race report - a random collection of thoughts and photos:

First for those who didn't follow along I ended up dropping out of the race halfway between Steamboat Springs and Silverthorne... about 10 days and 1400 miles from the start. 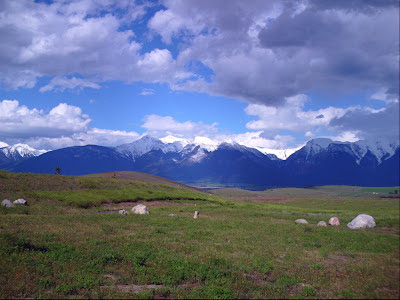 Lack of sleep seemed to be my ultimate undoing. In the first 3 days I slept a total of 8.5 hours and in the first week a total of 33 hours. In the future I need to find something to help me sleep when I do multi-day races. I would lay down at night and just couldn't get my mind to stop carrying on. 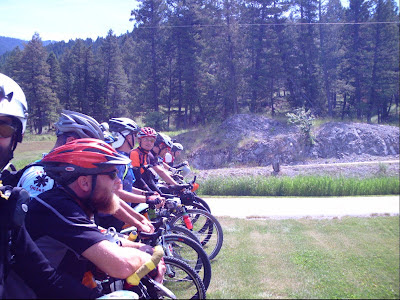 I had a chance to meet almost all of the riders before the race started. I knew regardless of the outcome it was all worth it just to get to ride with so many great people. 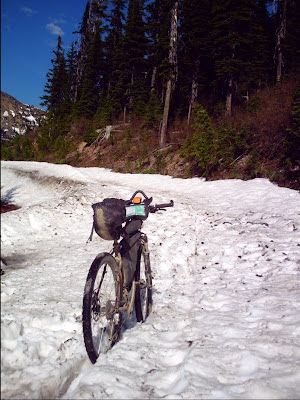 Snow covered passes were the theme of the first few days but they were never as bad as everyone else wanted to make them out to be. I estimate that snow/mud at Red Meadow Lake set me back about 30 minutes; Richmond Peak about 50 minutes; the area before Flagg Ranch about 20 minutes; Togwatee Pass about 45 minutes; Union Pass about 5 minutes; and Watershed Divide about 10 minutes. In the grand scheme of things this was pretty much meaningless. 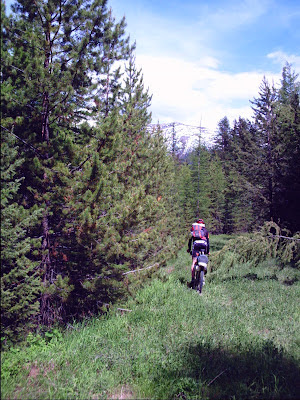 I rode with other riders a lot the first 3 days, especially David Blaine, Rainer Klaus, Simon Kennett, Carl Hutchings, and John Nobile. After Wise River though I never saw another rider until the day that I dropped out. That amounted to about 850 miles of alone time. This was a good thing in some ways but I sure did get sick of myself sometimes in that stretch. 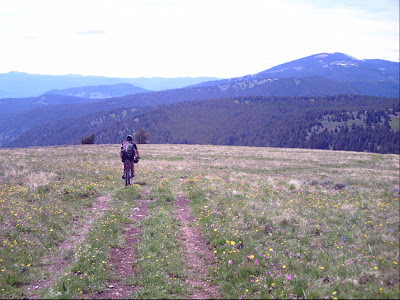 I never once felt like I was riding in a race. I made no effort to rush when I made stops. I rode hard when I was riding but I pretty much stopped everytime there was anything worth stopping for, including sometimes 4 or 5 meals a day. As the race developed with John running about 3 hours ahead of me for several days I would always have people at stores and cafes telling me that he was in and out in a couple minutes and I should really get going if I was going to catch him. 30 minutes later I would finally stumble out the door and get back on the road. It's amazing to me that anyone could mentally ride this "race" in a racing mindset the whole time. I just couldn't see that as being fun at all. I guess maybe if, like John, I was going at it for my third time and was so focused on doing it as fast as he ultimately ended up doing it. 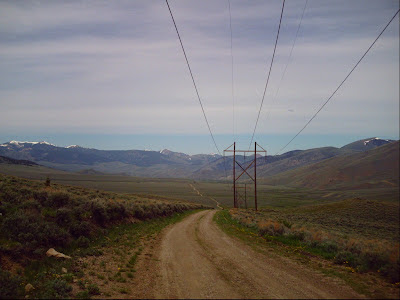 I ended up averaging 150 miles per day through Steamboat Springs. This was much faster than I had anticipated riding. I'm not exactly sure how I ended up riding at this pace. It just kind of happened and then it seemed like there was nothing I could do to make it stop... until finally my body just couldn't go anymore. And once my body shut down my mind shut down. 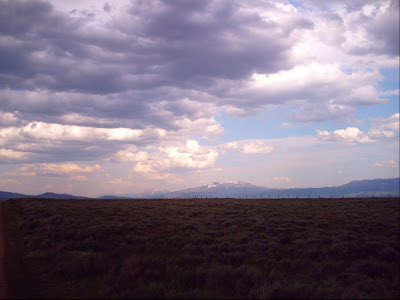 I rode until at least sunset every single night. The earliest I ever stopped was 9:30 and the night I got lost with David up on Lava Mountain I was out until 2:30 AM. The evening was by far my favorite time to ride each day. Most days I didn't even feel warmed up until about 3pm. 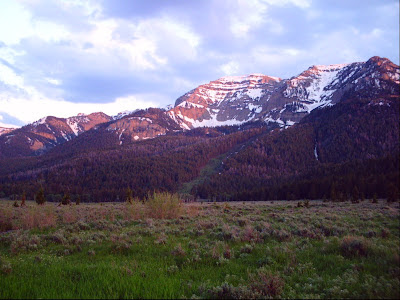 In some ways this ride was much easier than I expected it to be. Or at least more fun. I kind of thought that I would have several hours each day in which I was miserable but for almost all of the time in the first 7 days I was having fun... even when I was falling asleep on the bike around Helena and Butte I was still enjoying myself much more than I expected. 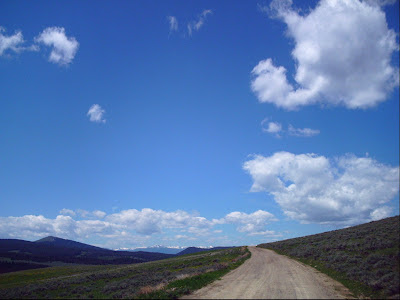 But then when my body gave out I became so miserable and uncomfortable that it almost felt like I wasn't even in the same race anymore. I have never been in any situation where my physical and mental well being changed so drastically in such a short period of time. When I rolled into Steamboat at 9:30pm on the 8th day of the race I was confident and having fun. 12 hours later I was in serious trouble and I knew it. 36 hours later I was only about 25 miles beyond Steamboat and was feeling even worse. By the end of that day my race was done and I began a stretch in which I slept at least 10 hours a night for 4 straight nights. 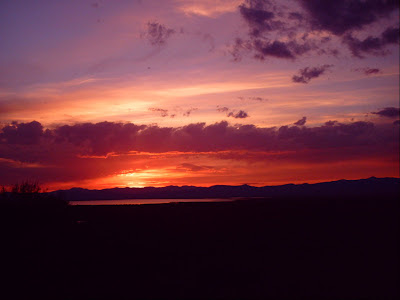 I'm not really sure yet if I'll ever ride this race again. On one hand I feel like I have some unfinished business out there, but on the other hand I just don't know if I will ever choose to put the time and money into it again. 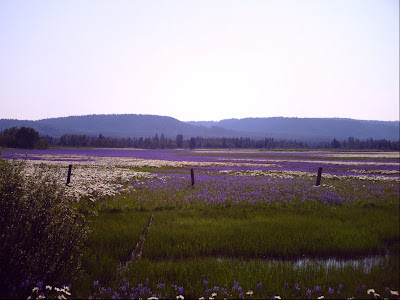 If I do ever ride it again I will probably try to have more a plan than I did this time. In fact I had no plan this time. I just kind of went out and rode my bike and then when it got dark I slept and then I got up and rode my bike again. I guess this is really the only plan you need to have but certainly I would have benefited from stopping earlier some days and getting more sleep. 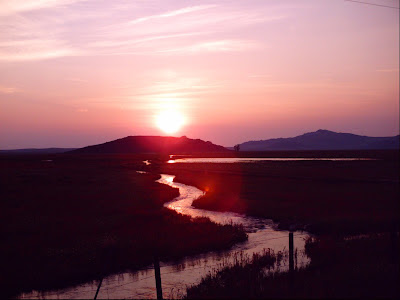 I was very pleased with my bike and gear. All told, including my ride up to the start from Utah I rode almost 2,500 miles and had no mechanical problems and all of my gear held up great and performed flawlessly. For anyone thinking about doing this race, or any other multi-day mountain bike riding I highly suggest getting in touch with Eric at EpicDesigns. His bags are the best. 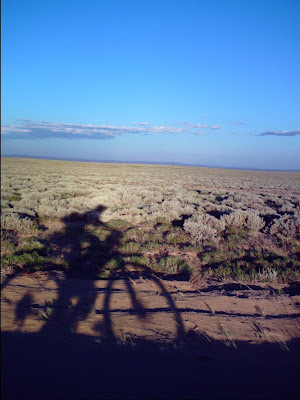 As I already mentioned I think lack of sleep was my biggest problem in this race. I also struggled quite a bit at times with food. I had a good appetite the whole time and I think I actually gained a little weight during my 10 days out there, but I just never felt satisfied when I couldn't get at least a couple cooked meals a day. I had 2 long stretches (more than 24 hours) in which I had to fuel myself completely on food that I was carrying along with me and I definitely felt particularly weak at these times. I was always able to get enough calories in my body but granola bars, chips, cookies, twizzlers, donuts, peanuts, string cheese, and bananas just never seemed to give me the same boost that a double bacon burger and a triple order of fries did. 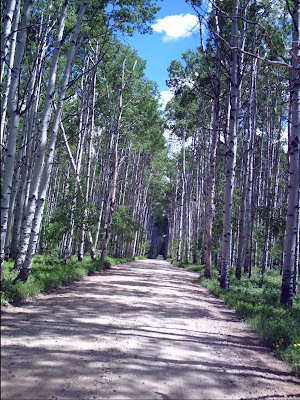 Anyhow, when it was all said and done I had a great time out there. I learned so many things about myself and my biking abilities (that is I learned that I actually have abilities on a bike, or at least much more than I previously thought). The scenery was amazing and the people I got to meet along the way were even more amazing. And the other riders I got to race with were the greatest people I have ever competed with. As I write this there are still 7 riders out there pushing on toward the finish and I'll be so stoked if they are all able to make it.

Well, that's all about that. Now it's back to the familiar territory of running for at least the next couple months as I prepare for the Wasatch 100 on September 6th.
Geoff at 8:14 PM